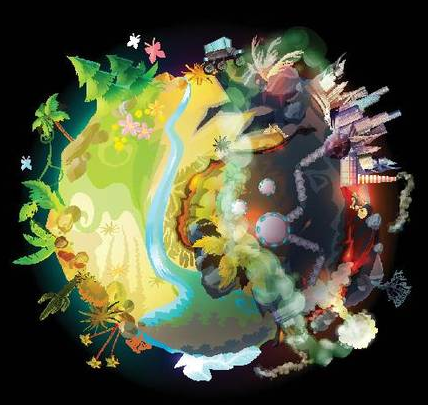 Five global risks that have the potential to impact and amplify one another in ways that may cascade to create global systemic crisis, have been listed by “The Future of Earth, 2020”, which was released here on Thursday by the South Asia Future Earth Regional Office, Divecha Centre for Climate Change, Indian Institute of Science. As many as 222 leading scientists from 52 countries conducted the survey by Future Earth, an international sustainability research network. Offering examples of how the interrelation of risk factors play a role, scientists say extreme heat waves can accelerate global warming by releasing large amounts of stored carbon from affected ecosystems, and at the same time intensify water crises and/ or food scarcity. The loss of biodiversity also weakens the capacity of natural and agricultural systems to cope with climate extremes, increasing our vulnerability to food crises, they point out.

Among the chapters in the report is one on climate, focusing on ‘dialing down the heat’. Lead author Diana Liverman, School of Geography and Development, University of Arizona, points out that over the last 18 months, major assessments by the Intergovernmental Panel on Climate Change, the US National Climate Assessment, and the Intergovernmental Science-Policy Platform on Biodiversity and Ecosystem Services, have all argued that time is running out to reduce greenhouse gas emissions. “This has inspired declarations of a climate crisis or climate emergency by the leaders of more than 700 cities, States and governments. This, he argues, often leads to a denial of climate change facts or impacts.

“Strains on food production are expected to increase, as a result of various forces including climate change, biodiversity loss, and a global population on the rise,” the author says.

False news travels six times faster and can reach up to 100 times more people, says the ‘Our future on earth’ report on the role of media. Lead author Owen Gaffney, Potsdam Institute for Climate Impact Research and Stockholm Resilience Centre, in ‘Industrializing disinformation’, says the flow of information in the world is changing, as today, around half of the planet’s 7.

" Kasturirangan, who released the report, said the National Education Policy will address the question of environmental health and education at the school level."Children in the last four years of secondary education will have a reasonable grounding to be sensitive towards the environment.