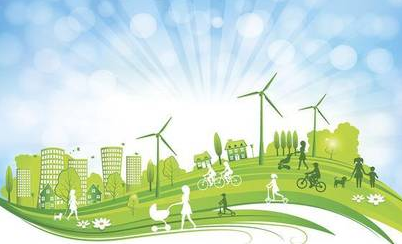 It started in 1971 with the noble objective of improving the state of the world, but now serves as a platform for world leaders, billionaires, professionals at the top of the business pyramid, senior government ministerial delegations, and others, who gather to change the world. The messages from Davos drift like snowflakes, on the agendas of the developed world. If you tear aside the screen that covers all the events at the conference, you could be staring at some of the world’s most complex and intractable problems, with no end in sight. All the issues can be condensed into just one, relating to survival of the planet itself.

Social inequalities and the grim problems of stark and continuing poverty are at the epicentre of the new world. The emergence of billionaires and oligarchs in different parts of the world coincides with increased poverty among the already poor people, especially children. At that time, it appeared as if the global economy was on the verge of collapse. One of the chief characteristics of economic development is the intensification of energy use.

There is an unprecedented concentration of high energy density in all economic development strategies. The bulk of the energy continues to be generated from non-renewable sources. The developed world’s, and China’s, central objective is to capture energy-generating resources from across continents and put them to use to push GDP growth to greater heights. In physics, energy is defined as ‘work done’ or, in other words, the force that moves all objects.

The first law states that energy can neither be created nor destroyed, it merely changes form and is always conserved. The second law states that when ‘work is done’, only a part of the energy is consumed, the balance is lost. The higher the use of energy, the larger the amount of waste generated.

To demonstrate how deep the rot is, one can look at the pernicious plan to set up a carbon credit system. Under this, countries with high energy consumption trends can simply offset their consumption patterns by purchasing carbon credits, the unutilised carbon footprint, from poor developing countries. The total population of the Nordic countries is estimated at almost 27 million people. These nations are among the richest in the world when measured in terms of GDP per capita.

If a just, new world order is to arise, taxes everywhere should go up.

When it comes to the corporate sector, there are some new perspectives. In traditional business accounting, ‘bottom line’ refers to the financial year’s profit or loss earned or incurred by the company on pure financial parameters. However, following vigorous debates, a new format has emerged under which a company’s performance is measured through four ‘Ps’. Market capitalisation need not be the only way to measure the value of a company.

I recognise that much work is yet to be done to uplift the global economic order, but the important point is that new tools are now emerging. What is required is a global consensus and the will to make the planet more sustainable, so that all individuals can live with justice and equality, ensuring that not a single child is hungry or seriously unwell because of poverty or lack of affordable medical help.