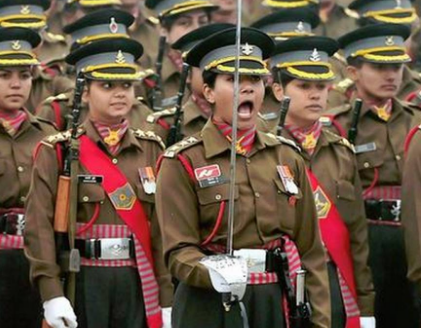 Should women be given command posts in the Army?- EDITORIAL-THE HINDU-14-02-2020

Last week, in response to an ongoing hearing in the Supreme Court on permanent commission for women officers, the government cited “physical” and “physiological limitations” in granting command positions to women officers in the Indian Army. Hooda discuss this question.

Could you provide an overview of the reasoning behind the government’s stand?

In September, the Defence Ministry announced that it is opening this up to eight other arms and services from April this year, for women already selected for the Short Service Commission. So, permanent commission now is open in 10 departments, or what you call arms and services. Now, women’s careers can be furthered only if they get what are called command assignments or criteria appointments. The Indian Army is what is called a command-oriented Army.

That is, anyone who has to be given further positions up the chain of command has to first be experienced in command at the level of a full Colonel, a unit command. So far, this was denied to women. In all these there are women who have been commissioned for the last 30 years as Short Service Commissioned officers. The focus is on the word selected because they have to be selected through their confidential reports, a board of officers, a promotion board, which will determine whether they are fit to command.

Only then will they command a unit. Gen Hooda, apart from the point about gaining acceptability from other soldiers, the government has argued that there are other issues such as motherhood and domestic obligations. For the last 30 years we have had women in the Army. All these issues have been handled by the Army in a very mature manner over the years.

Coming specifically to the issue of whether they should be given command or not, there is very little justification in saying that while women officers can be company commanders, platoon commanders, second in command, [they should be excluded] when it comes to command appointments, commanding a unit, only on the basis that they are women. As Lt Gen Hasnain said, there is a board of officers to decide whether promotions to the rank of Colonel can take place or not for a particular officer. It’s not as if all male officers get automatically promoted as Colonels. In some cases, in some services, less than 30% of male officers are promoted to the rank of Colonel.

These appointments can be directly in command of troops or many times they are also not in command of troops. For example, there can be appointments in the Army Education Corps and the Judge Advocate General’s branch or such things where you have a certain responsibility, but you are not directly commanding troops. There are arms and services such as the Army Service Corps and Electrical and Mechanical Engineers where you have resources under your command and you have a large number of personnel under your command. In the Engineers Corps, a criteria appointment could be to set up an appointment such as the Commander Works Engineer who is responsible largely for projects of maintenance, of a lot of construction assets, and things like that, and very little responsibility for the personnel under you.

Now, this has only been experienced in sub-units where there could be 100-120 men serving under a lady officer of rank of a Major or Lieutenant Colonel and they have done extremely well in those appointments. Because now that you have given them permanent commission, you’ve given them this on the basis of the assumption that they are equally good [as men], they’re responsible, and they can be developed to become better, I think it’s incumbent on the organisation to actually repose a certain level of trust in them and give them these command responsibilities. Gen Hooda, you had written that there is some merit in not having women in combat roles. There are issues about soldiers and officers living on the front lines.

Officers and their men all live together in, say, one bunker along the Line of Control. So, there are issues and if you are going to induct women in Combat Arms, try and shield them from some of these more difficult roles. At this stage, it could only invite more resentment regarding why we are having women in Combat Arms. Let’s start with mainstreaming those arms and services where women already are present.

Now we’re talking about command positions, but combat roles in front line combat will come up after that. We’ve already started inducting women as permanent commission in some of the supporting arms and services. We need to completely integrate all the people in the Army, and that includes women officers. The Supreme Court might give some judgment based on its wisdom.

But within the Army, if we can internally resolve these issues, that will be a much better approach.

What were your efforts in this direction?

Thereafter, there have been many occasions where I’ve seen young women, convoy commanders, who’ve done a marvellous job under the most challenging circumstances in cases of ambushes on the Uri-Baramulla road. In 2005, I took over command of the Brigade from Lt Gen Hasnain, and we had this earthquake in September 2005. So, I have no doubts about women officers handling responsibilities during a crisis. Then we had Colonel Santosh Mahadik, Commanding Officer of a unit, when I was the Army Commander, who was killed while fighting terrorists in September 2015.

When my wife went to pay condolences, his wife said she wanted to join the Army. She was 35 years old, 10 years older than anybody who can get commissioned into the Officers Training Academy. She got commissioned in 2017 as a Lieutenant in the Ordnance . Now, the inspiration we get from her story is beyond words.

In the Army, we are trained to do that. It’s just a mindset [regarding women], we need to overcome that. You have reached your limit for free articles this month.

To reassure Indian Muslims, the PM needs to state that the govt.