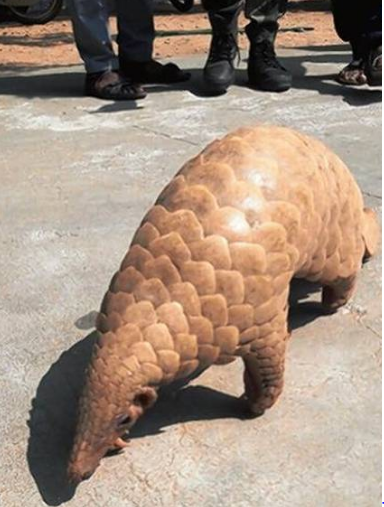 The Indian pangolin, which resembles an ant-eater but dons a thick scaly skin, is hunted for meat and use in traditional Chinese medicine. Radio-tagging involves attaching a transmitter to an animal to monitor its movements. In recent years, we have successfully busted pangolin-smuggling syndicates that involved poachers and smugglers from more than nine States,” said Rajesh Shrivastav, Chief Wildlife Warden of Madhya Pradesh. Pangolins are among the most trafficked wildlife species in the world.

Out of the eight species of pangolin, the Indian Pangolin and the Chinese Pangolin are found in India. Both these species are listed under Schedule I Part I of the Wildlife Act, 1972. “In anti-poaching operations, during which pangolin scales are recovered, those animals are already dead. Where live pangolins are involved, globally there is about 50% death rate among released pangolins.

Given that several pangolins are rescued in the central Indian landscape, this new initiative by the Madhya Pradesh Forest Department and the Wildlife Conservation Trust is to ensure better survival rates of these released individuals in the wild, and thus have a positive impact on the population of this endangered species,” said Aditya Joshi, wildlife biologist with the WCT, who is overseeing this project. World Pangolin Day, celebrated on the third Saturday in February, is an international attempt to raise awareness of pangolins and bring together stakeholders to help protect these unique species from extinction.