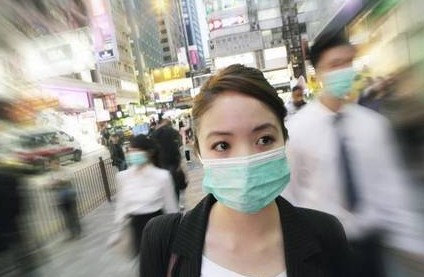 The title of the third chapter of my China memoir, Smoke and Mirrors, was ‘Coronavirus’. This was not an act of precognition, but merely an account of having lived in Beijing during the 2003 SARS epidemic, or Severe Acute Respiratory Syndrome, which was also caused by a coronavirus. They featured the jaw-dropping feats of entire hospitals being constructed within a few days’ time. It took eight months for SARS to spread to more than 8,000 people.

With SARS, the cover up went on for far longer than it did in the present instance. Although the SARS virus first began appearing in November 2002, China’s then Heath Minister, Zhang Wenkang, gave a televised press conference as late as April 3, 2003, assuring the world that Beijing had only a handful of infections. Three days later, on April 23, the official number of cases in Beijing was doubled, to 693. By the end of the month, China had already alerted the World Health Organization to several cases of A SARS-like pneumonia in the city of Wuhan.

By the second week of January, China had genetically sequenced the virus and shared it with WHO. In the days that followed, travel restrictions were applied to neighbouring cities as well, eventually affecting well over 50 million people. Despite the inconvenience and the huge economic costs, China’s New Year holiday period was extended.

How other nations reacted

The restrictions on travel to and from China are more punitive, even as there is a resurgence of racist tropes portraying Chinese food habits and other customs as unsafe and unsavoury. A large number of airlines have suspended their China operations. Meanwhile there have been increasing reports of restaurants, hotels and shops in countries, ranging from Japan to Vietnam turning away Chinese customers. Social media certainly plays into it.

SARS occurred in the pre-Facebook/WhatsApp/Twitter era, although text messaging was already well established then. Also, far greater numbers of Chinese are travelling abroad today. There are certainly genuine concerns about public and personal health, but these have meshed with the discomfiture that many around the world feel towards China, a country that has exponentially grown in economic and military heft, even as other, traditionally ascendant, nations have lost some of their former geopolitical sheen. The widespread mistrust of China’s political system and anxieties about its geostrategic intentions are mingling with an ugly schadenfreude as China is exposed to censure.

China’s new status as a major world power means that its handling of crises will inevitably be subject to global scrutiny. And although compared to SARS, this handling has shown improvements, it nonetheless throws the deficiencies, even fragility, of China’s political system, into sharp relief. The severity and extent of the disease in Wuhan was underestimated for weeks. In some way, it would seem that the more things have changed in China, the more they have remained the same.

The larger context of the Chinese political system, in particular its overly controlling attitude towards information, has proved persistent. Local government incompetence is hardly confined to China, but in less restrictive societies, whistle-blowers such as Dr. Under China’s President Xi Jinping, state control over the media has only deepened, which, together with his unabated emphasis on maintaining social order, means China remains vulnerable to crises despite surface strength.