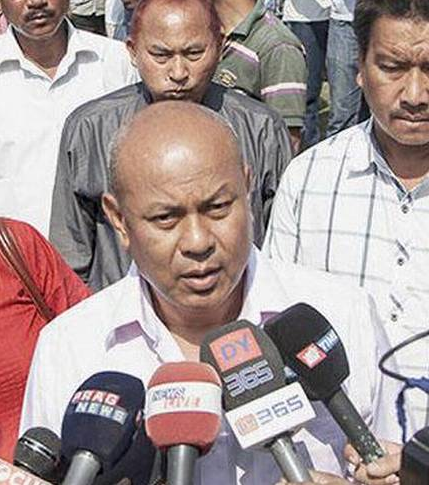 The Centre had on January 27 signed the peace accord with all factions of the National Democratic Front of Boroland and two other organisations, including the All Bodo Students’ Union . The signatories subsequently announced their political ambitions with Pramod Boro suddenly quitting as the ABSU president. The elections to the 40-member BTC are expected in April.

The political ambitions of the leaders of ABSU and NDFB appear to have rubbed the Bodoland People’s Front , which has been ruling BTC since 2003 and is a partner in the Bharatiya Janata Party-led coalition government in Assam, the wrong way. Mohilary’s outburst attains significance ahead of the BTC elections, where the ABSU has often sided with rival parties of the BPF, such as United People’s Party Liberal. Moreover, he was a witness to the January 27 accord-signing in New Delhi along with Assam Chief Minister Sarbananda Sonowal and Finance Minister Himanta Biswa Sarma. The BTC chief, who headed the now-disbanded extremist group Bodo Liberation Tigers, has also been critical of Mr. Boro.

Mohilary has lost the trust the people of BTC had reposed in him.