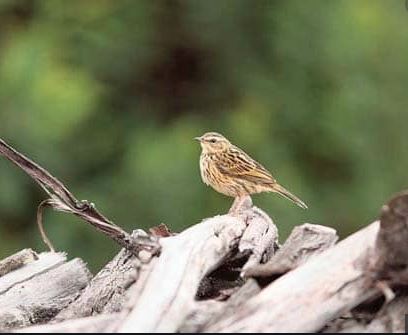 Over a fifth of India’s bird diversity, ranging from the Short-toed Snake Eagle to the Sirkeer Malkoha, has suffered strong long-term declines over a 25-year period, while more recent annual trends point to a drastic 80% loss among several common birds, a new scientific report jointly released by 10 organisations said on Monday. The State of India’s Birds 2020 assessment raises the alarm that several spectacular birds, many of them endemic to the sub-continent, face a growing threat from loss of habitat due to human activity, widespread presence of toxins including pesticides, hunting and trapping for the pet trade. Diminishing population sizes of many birds because of one factor brings them closer to extinction because of the accelerated effects of others, the report warned. For every bird species that was found to be increasing in numbers over the long term, 11 have suffered losses, some catastrophically.

Among the possible reasons for this is a decrease in insect populations as well as nesting places, but there is no conclusive evidence in the scientific literature on radiation from mobile phone towers playing a part. Having lost about 90% of its population and range over a five-decade period, a viable population of GIB at Jaisalmer in Rajasthan is the focus of programmes run by the Bombay Natural History Society , Wildlife Institute of India , Birdlife International and other agencies, to eliminate the threat of fatal collisions with power lines. The SoIB was produced using a base of 867 species , and analysed with the help of data uploaded by birdwatchers to the online platform, eBird. Adequate data on how birds fared over a period of over 25 years are available only for 261 species.

Current annual trends are calculated over a five-year period.

Looking at the health of avifauna based on scientific groupings such as raptors , habitat, diet, migratory status and endemicity , the analysis concludes that raptors overall are in decline, with ‘open country’ species such as the Pallid and Montagu Harriers, White-bellied Sea Eagle and Red-necked Falcon suffering the most. Within India, the losses suffered by resident waterbirds, particularly in the past five years, calls for detailed investigation, it adds. From a dietary viewpoint, meat-eater populations have fallen by half, and birds that depend on insects exclusively have also suffered over the long term. Habitat impacts have decimated ‘specialist’ birds, which need specific environmental conditions to survive, particularly those dependent on forests.

This is followed by declines in numbers of grassland, scrubland and wetland species, the researchers said, calling for urgent investigation into the causes. On the national effort that went into the assessment, M. The SoIB became a real possibility only because it is built on a large-scale collaborative effort between thousands of citizen birders and a consortium of researchers across multiple institutions.

The SoIB, which can be accessed at www.stateofindiasbirds.in, was produced in a partnership that included ATREE, BNHS, Foundation for Ecological Security, NCF, National Biodiversity Authority of India, National Centre for Biological Sciences, SACON , Wetlands International, WII and WWF.