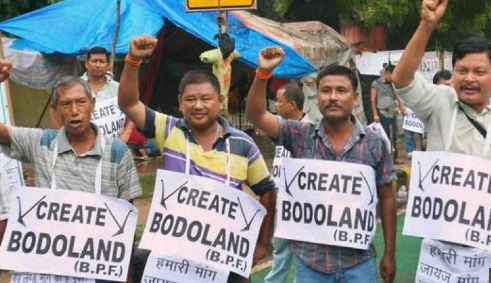 An Assam-based insurgent group of Karbis, which signed a ceasefire agreement with the Centre, has demanded that the Bodos in the hill areas not be given the Scheduled Tribe status as it will affect the identity of the Karbis.

The Bodos, an ethnic group in Assam, had been demanding a separate State since 1972, and are recognised as a Scheduled Tribe (Plain).

The Home Ministry, the Assam Government and Bodo groups signed the pact in January 2020 to redraw and rename the Bodoland Territorial Area District (BTAD), spread over Kokrajhar, Chirang, Baksa and Udalguri districts.

The Bodos in the hills will be given the Scheduled Hill Tribe status.
Villages dominated by the Bodos outside the BTAD will be included and those with non-Bodos excluded after the areas are redrawn.

After the conclusion of the latest Bodo pact, the Karbi Longri and North Cachar Hills Liberation Front (KLNLF), a militant group that signed a ceasefire pact with the Centre in 2009, has said a political settlement should be reached soon.

It has raised concerns that the identity of Karbis will come under threat if Bodos who live in the hill areas [along with Karbis] are also given a Scheduled Hill Tribe status.
The group’s primary demand was a separate State.

After the peace accord with all Bodo groups, the Centre is at a very advanced stage of sealing a peace deal with other key militant groups, including the pro-talks faction of the United Liberation Front of Asom and the Karbi insurgent group.