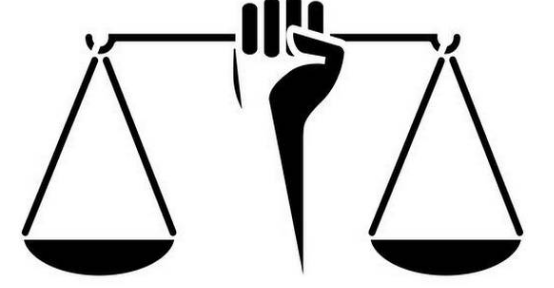 The Supreme Court has ruled that quotas and reservations for promotions for government jobs are not a fundamental right, setting aside an Uttarakhand High Court order of 2012. The top court has also said that States could not be forced to make such provisions without data showing imbalance in representation of certain communities in public service.

What does the Constitution say on reservations?

Article 14 of the Constitution guarantees equality before law and equal protection of laws to everyone.
Article 15(1) generally prohibits any discrimination against any citizen on the grounds of religion, caste, sex or place of birth.

Similarly, Article 16(1) and 16(2) assure citizens equality of opportunity in employment or appointment to any government office.

However, Articles 15(4) and 16(4) state that these equality provisions do not prevent the government from making special provisions in matters of admission to educational institutions or jobs in favour of
backward classes, particularly the Scheduled Castes (SCs) and the Scheduled Tribes (STs).

Article 16(4A) was introduced through the Constitution (Seventy-seventh Amendment) Act.

Article 16(4A) allowed the State to provide reservations to an SC/ST in matters of promotion, as long as the State believes that the SC/ST is not adequately represented in government services.

What do the precedents say?

In 1962, in the R. Balaji v. State of Mysore case, the court had ruled that Article 15(4) is an “enabling provision”, meaning that “it does not impose an obligation, but merely leaves it to the discretion of the
appropriate government to take suitable action, if necessary”.

How did the case reach the Supreme Court?

The controversy in the current case pertained to reservations to SCs and STs in promotions for the post of assistant engineer (Civil) in the Uttarakhand government’s Public Works Department.

The reservation was initially provided for under the Uttar Pradesh Public Services (Reservation for Scheduled Castes, Scheduled Tribes and Other Backward Classes) Act, 1994.

Section 3(7) of this Act stated that the government orders providing for reservations in promotions, which were in force at the time of commencement of the Act in 1994 would continue to operate until modified or revoked.

After the formation of Uttarakhand in 2001, the Act was made applicable to the new state, with a few modifications.

Section 3(7) was, however, subsequently held unconstitutional by the Uttarakhand High Court in 2011.
In 2012, the then state government decided that all posts in public services will be filled up without any reservations for SCs and STs.

All government orders providing for such reservations were also scrapped.

The government had decided against reservations.

This was once again challenged in the high court.

The Uttarakhand High Court then struck down the State’s 2012 decision in 2019.

A review petition against this order was filed in the high court, which did acknowledge that Article 16 (4A) is an enabling provision.

But it directed the state government to collect quantifiable data regarding the inadequacy of representation of SCs and STs in state services, and then take a decision on providing reservations in promotions.

This decision was challenged in the Supreme Court.

The apex court has now reiterated that Articles 16(4) and 16(4A) do not confer any fundamental rights to claim reservations in promotion. It is for the state government to decide whether reservations are required for appointments and promotions to public posts.

However, if the state government does want to exercise this discretion and provide reservations, it would have to first collect quantifiable data showing the inadequacy of representation of that class in public services.

It observed that the state government has the absolute discretion to decide whether or not to provide for reservation in jobs or reservations in promotions.

The State can form its own opinion on the basis of the material it has in its possession already or it may gather such material through a Commission/Committee, person or authority.

All that is required is that there must be some material on the basis of which the opinion is formed.
A look at the practice of untouchability in the state of Uttarakhand

According to a recent survey by academician Amit Thorat, up to 47% of respondents in Uttarakhand admitted to practising untouchability.

More than half the forward caste people confessed to practising untouchability.

The SCs suffer from low ownership of capital assets, illiteracy, and lack of access to civil rights. In 2013, of the total wealth in the country, the share of SCs was only 5% in rural areas against their population share of almost 17%.

In terms of their share in agricultural land, it was only 5% while in building assets it was 8%.
On the other hand, the high castes owned 39% of total natural wealth — 41% land and 39% building assets.

In 2015, the enrolment rate in higher education was 20% for SCs compared to 43% for higher castes. Besides the massive backlog in government services, these are spheres where SCs are grossly under-represented.

Primary studies show extensive discrimination in employment, farming, enterprise/business against SCs. Based on NSS data, these studies indicate that in 2017-18, of the differences in access to employment between SCs and high castes, about 71% was due to discrimination in hiring.

Findings of another primary survey in 2013 in rural India show that SC entrepreneurs in grocery, eatery, and transport services faced discrimination, with the high castes reluctant to avail of their goods and services. Many SC farmers admit that they face discrimination in the buying of inputs and sale of outputs.

The Court, while passing its order, remained silent on the sources of under-representation: namely data on caste discrimination in public employment and other spheres.

With such a massive backlog in the condition of SCs, the top court should have been more sensitive in its observations.