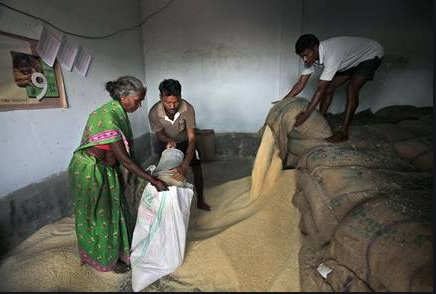 “Aadhaar has curtailed leakages of government subsidies... Through Aadhaar, savings worth Rs.90,000 crore have accrued to the government,” said Ajay Bhushan Pandey, then CEO of the Unique Identification Authority of India and current Revenue Secretary, in UIDAI’s 2017-18 annual report. But not so fast, say Professors Karthik Muralidharan, Paul Niehaus and Sandip Sukthankar. They have just published a new working paper in the prestigious National Bureau of Economic Research, which details findings from an extensive empirical study of the impact of Aadhaar in reducing leakages and accruing fiscal savings. This new research paper, the first comprehensive field study of Aadhaar, offers a sobering counter to all of us, “Aadhaarphiles”, who truly believed that Aadhaar was the panacea for India’s leaky welfare regime.

In summary, the study states that there was no direct impact of Aadhaar in reducing leakages but it denied ration to 10% of genuine beneficiaries and increased costs by 17% to those that were forced to get their ration using Aadhaar. They conclude that Aadhaar authentication for PDS in Jharkhand caused “some pain with no gain”. These findings are sure to shock many who genuinely believed Aadhaar could be the ‘game changer’ in welfare delivery.

This is much like the boisterous claim of policy economists for over a decade that a multitude of State taxes are a drag on inter-State commerce and hence a nationwide Goods and Services Tax by stripping States of their fiscal autonomy is badly needed. The other fault line in policy making that this new study exposes is the engineer’s way of measuring policy outcomes only through the prism of numerical efficiency. In an engineer’s world, if say, nine people are denied welfare due to a system error while nine million are benefited through greater efficiency, then it is considered a net benefit for society and the policy is given a thumbs up. But in a sociologist’s world and in a liberal society, a policy that could run the risk of denying welfare to just a few people, putting their lives at risk, is not worth implementing regardless of how many millions it benefits.

Aadhaar was held hostage to the engineer’s worldview of policy efficacy.