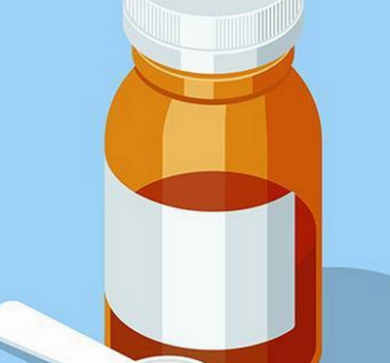 A few days ago, we learnt that 12 children died in Udhampur district of Jammu due to poisoned cough syrup . This is the fourth mass glycol poisoning event in India that has been caused due to a pharmaceutical drug. In 1973, there was a similar incident at the Children’s Hospital, Egmore in Chennai that caused the deaths of 14 children. In 1998, 33 children died in two hospitals located in New Delhi due to similar poisoning.

In all three cases, the manufacturer of the suspect cough syrup, due to negligence or human error, failed to detect and contain the level of diethylene glycol in the syrup, thereby causing poisoning of the patients who consumed it.

There will be plenty of time later to ascertain the cause and prosecute the guilty but the immediate concern for doctors, pharmacists and the drug regulators should be to prevent any more deaths. The only way to do so is to account for each and every bottle of the poisoned syrup that has ever been sold in the Indian market and stop patients from consuming this drug any further. Any patient who has consumed even a spoon of the syrup should then immediately be referred to a hospital for treatment. According to the information available on the website of the United States Food and Drug Administration , in 1937, when the United States faced a similar situation with glycol poisoning, its entire field force of 239 inspectors and chemists were assigned to the task of tracking down every single bottle of the drug.

Even if a patient claimed to have thrown out the bottle, the investigators scoured the street until they found the discarded bottle. There is no public announcement by the Drug Controller General of India , which is responsible for overall regulation of the entire Indian market. The website of the DCGI, which is supposed to communicate drug alerts and product recalls, has no mention of Coldbest-PC as being dangerous as of this writing.

One of the key reasons why the DCGI and state drug authorities have been so sloppy is because unlike other countries, India has not notified any binding guidelines or rules on recalling dangerous drugs from the market. The 59th report of the Parliamentary Standing Committee on Health as well as the World Health Organization had warned the DCGI on the lack of a national recall framework in India. In 2016, in a report submitted by me to the Ministry of Health suggesting measures to reform the drug regulatory framework, I had pointed out to the Ministry that a national drug recall framework was in urgent need. In a pending case before the Delhi High Court, I have also sought for the notification of a national recall mechanism.

While a national recall of this adulterated medicine is the immediate need, the administration also needs to quickly identify which other pharmaceutical companies have received the spurious ingredient that was supplied to the manufacturer in H. The lackadaisical response of drug regulators in India is not surprising. It is the result of a larger lethargy and arrogance that is emblematic of the babudom which is responsible for keeping us safe from unethical practices of pharmaceutical companies.