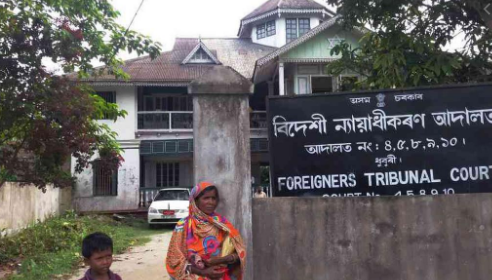 The court has asked the Tribunal for a fresh opinion and allowed bail application by the alleged ‘foreigner’.

• The order comes after the HC last month upheld FT orders declaring two women from extremely poor families as ‘foreigners’, ruling that multiple documentary evidence they had submitted were not enough to establish their Indian citizenship.

• The HC order said that “the strict rules of evidence are not applicable in a tribunal”. To explain the difference, the HC quoted a Supreme Court order which gave three points of difference, one of which states:

• While courts are governed by detailed statutory procedural rules, in particular the Code of Civil Procedure and Evidence Act,

• Tribunals generally regulate their own procedure applying provisions of the Code of Civil Procedure only, where required, and without being restricted by the strict rules of Evidence Act.