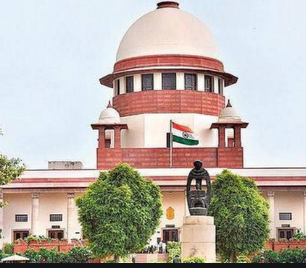 ‘It can’t be deprived of foreign funds for using legitimate forms of dissent’.

The Central government cannot brand an organisation ‘political’ and deprive it of its right to receive foreign funds for using “legitimate forms of dissent” like bandh, hartal, road roko or jail ‘bharo’ to aid a public cause, the Supreme Court held on Friday.

The verdict came on a petition filed by Indian Social Action Forum challenging certain provisions of the Foreign Contribution Regulation Act , 2010 and the Foreign Contribution Rules of 2011, both of which confer the Centre with “unguided and uncanalised power” to brand organisations ‘political’ and shut down their access to foreign funds. The FCRA 2010 prohibited acceptance and utilisation of foreign contribution or foreign hospitality for any activities detrimental to the national interest, it the court said. “The purpose for which the statute prevents organisations of a political nature from receiving foreign funds is to ensure that the administration is not influenced by foreign funds. Prohibition from receiving foreign aid, either directly or indirectly, by those who are involved in active politics is to ensure that the values of a sovereign democratic republic are protected.

On the other hand, such of those voluntary organisations which have absolutely no connection with either party politics or active politics cannot be denied access to foreign contributions,” Justice Rao, who wrote the judgment, clarified. The provisions under challenge before the court included Section 5 of the FCRA. This provision allowed the Centre a free hand to decide whether a seemingly non-political organisation was actually political in nature. The Supreme Court agreed with the High Court on Friday.