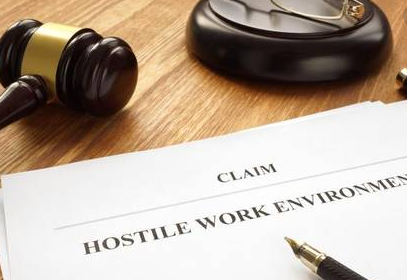 Over 70% of respondents who had approached an internal committee to report sexual harassment at the workplace were not completely satisfied with the outcome, said a survey report released on Saturday by the Network of Women in Media, India and Gender at Work. The survey found that 36% of all respondents reported having experienced sexual harassment at the workplaces.

Among the women who said that their organisation did not have a mechanism to deal with sexual harassment, 47% had faced sexual harassment. The promise of rewards for compliance, accompanied by threats of mistreatment following a refusal to engage in sexual behaviour, were also reported. In addition, unwanted touching, fondling, sexual assault and rape were documented. The online survey conducted to assess whether and how effectively media houses across India responded found that a large percentage of respondents had never attended a training workshop on sexual harassment, as required by the law.

“The results of the survey underscore the need to step up awareness raising and other preventive measures to bring about a change in the work culture in media houses,” said Laxmi Murthy, one of the authors.

“While calling out sexual harassment in other spheres, as they should, the media industry must also look within and set its own house in order,” said Aayushi Aggarwal, another author. Most respondents were based in metropolitan centres such as Bengaluru, Chennai, Delhi, Kolkata, Hyderabad and Pune.

The results of the survey underscore the need to undertake steps to increase awareness among the employees and address the lacunae’s in the existing framework to bring about a change in the work culture in workplaces.