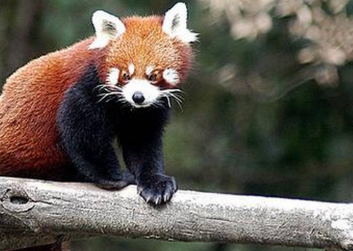 “The news is both good and bad for the red panda, whose survival is crucial for the eastern and north-eastern Himalayan subalpine conifer forests and the eastern Himalayan broadleaf forests,” Saket Badola, the head of TRAFFIC’s India office, told The Hindu on Sunday. The only living member of the genus Ailurus, the Red Panda is listed as ‘endangered’ on the IUCN Red List of threatened species. The animal has been hunted for meat and fur, besides illegal capture for the pet trade. An estimated 14,500 animals are left in the wild across Nepal, Bhutan, India, China and Myanmar.

The report titled “Assessment of illegal trade-related threats to Red Panda in India and selected neighbouring range countries” has looked at a ten-year period from July 2010 to June 2019, and analysed poaching and illegal trade of the species. In addition to looking at seizures, the researchers carried out market surveys, surveys of e-commerce websites and village-level surveys, where they spoke to hundreds of people in the Indian habitat of the Red Panda. About 5,000-6,000 red pandas are estimated to be present in four Indian states – Arunachal Pradesh, Meghalaya, Sikkim and West Bengal. The researchers found that neither India nor Bhutan had reported any incidences of poaching or illegal trade in Red Pandas in the study period.

The TRAFFIC study surveyed 38 village markets in Arunachal Pradesh, covering six markets in Tawang and a at least one market in each of 19 other districts. “None of the markets had any parts or products made of parts of the red panda for sale,” the survey said. “Consultations with experts revealed a similar low-level incidence of Red Panda trade in Bhutan and India with one case of accidental trapping of a Red Panda in a snare in Jigme Dorjee National Park from Bhutan and six incidents of poaching accounting for six individual animals in India, aside from a 1999 case involving more than 20 pelts,” the study said. In contrast, experts from Nepal reported about 25 incidences of Red Panda poaching, involving approximately 55 animals, and also claimed to have witnessed and/or confirmed reports related to poaching on six occasions involving 15 animals.

Mr Badola emphasised the need for community based conservation and protection for the species as its habitat stretches across remote areas. “In addition to these threats if there is a threat of poaching that makes things more difficult for the survival of the species,” he added.