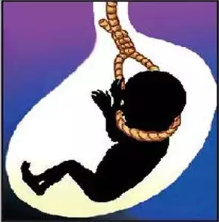 Missing at birth: on sex selective abortion and infanticide- THE HINDU-09-03-2020

Sex-selective abortion is the practice of ending a pregnancy based upon the predicted sex of the infant.
It is a problem in India where there is a cultural preference for sons, coupled with political and economic influences.
Instances of sex discrimination committed via abortion and infanticide have resulted in millions of “missing” girls in some societies.

Last week’s case of infanticide in Tamil Nadu’s Usilampatti, historically notorious for its crude methods of killing female babies, sent a chill down the spine of the country. Years after it was believed that awareness generation and targeted behaviour change communication had led to people giving up the inhuman practice of feeding female infants with the toxic milk of a local herb, the news that a couple had reportedly used the same method to kill their second girl child, just a month old, had child rights activists wringing their hands in frustration. Chekkanoorani, a suburb near Usilampatti, in Madurai district, was the scene of the crime, where police arrested a young couple and the paternal grandfather of the child for having fed the 31-day-old with the toxic juice, killing her. This is no isolated case in a nation of missing girls.

Data on sex ratio at birth culled from the Civil Registration System, show an alarming fall over the years. From 903 girls for every 1,000 boys in 2007, it dropped to 877 in 2016. Activists point out that while infanticide may have come down, sex selective abortion at scan centres continues as the preferred vehicle for parents obsessed with son preference. Tamil Nadu, at one stage under the leadership of former Chief Minister Jayalalithaa, effectively employed the Cradle Baby Scheme to counter infanticide, along with effective awareness campaigns.