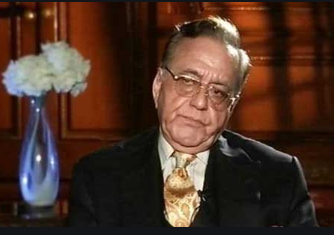 From the rise of nationalism and India’s place in the emerging world to the need to combat climate change, several subjects were discussed at the third edition of WION’s global summit held on March 5 in Dubai. With “Navigating and negotiating global imperatives” as its theme, the summit brought together policy-makers and global thought leaders for dialogues that offered insights on the way forward. The 2020 Global Summit served as a platform for global leaders to have a dialogue on a common global agenda. Several topics, including balancing and recalibrating Pakistan’s diplomatic strategy and getting the youth to participate in democracy, were discussed at the summit organised by WION, India’s first International News Channel.

The Hindu was the WION Global Summit’s print partner for India. The session on India’s place in the age of multilateralism and nationalism touched upon the rise of right-leaning politics, and stressed India’s place in a world opting for protectionism and reclaiming national identity. Ram Madhav said nationalism saw various phases in the history and it was defined in a narrower sense after the advent of Hitler and Mussolini. In a session on climate consciousness, Greenland’s first woman Prime Minister Aleqa Hammond spoke on how climate change had impacted her country’s economy.

The third session attempted to underline the deep-rooted issues paralysing Pakistan and its diplomacy. Kasuri said that Pakistan had invited former Prime Minister Manmohan Singh to sign an agreement on Sir Creek in 2006. “We wanted to prove to the world that India and Pakistan could change things bilaterally...,” said Mr. Kasuri, suggesting that India and Pakistan were close to solving the Kashmir issue at one point. While senior journalist and broadcaster Reham Khan said genuine leadership and party workers were lost in Pakistan, former Pakistani Foreign Secretary Salman Bashir suggested that religious tourism such as opening up the Kartarpur Corridor could ease tensions between India and Pakistan.

The fourth session had the spotlight on the global erosion of democratic norms and the fallout of the U.