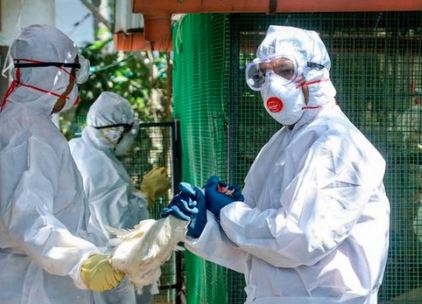 Special squads had been formed to cull birds within a certain distance around the affected areas. He said the State was well-equipped with specialised laboratories to diagnose zoonotic diseases without delay and adopt preventive measures. Besides the State Institute for Animal Diseases at Palode, the apex laboratory of the Animal Husbandry Department, four regional disease diagnostic laboratories functioned at Palode, Thiruvalla, Palakkad and Kannur.

Shamsudeen, the Minister said the recent spate of lumpy skin disease, caused by the capripox virus, among cattle and the drought in various parts of the State had taken a toll on milk production in the State.

The disease has been confirmed only at three places in Kozhikode and Malappuram.
Special squads had been formed to cull birds within a certain distance around the affected areas.