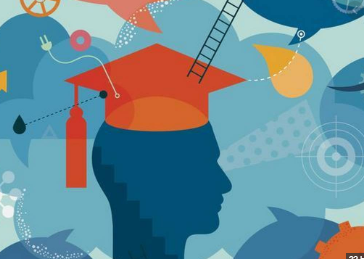 In the recent subject-wise ranking of world universities by Quacquarelli Symonds , Indian institutions improved with 26 departments or schools placed in the top 100 of their respective disciplines. Science, technology and business studies were the fields in which our universities showed their mettle. While this is a reason to celebrate, not even a single Indian university features in the QS ranking of the world’s top 150 in overall parameters. QS’s top 10 in overall terms include five American universities , four British universities and one Swiss university .

All the five American names in this list are private universities, while the British and Swiss institutions are public universities which have nonetheless enjoyed significant autonomy from governmental control over decades. One common factor behind the success of the topmost universities is the freedom with which they operate.

They reject a large number of candidates for admission as students, and admit only the brightest and the most meritorious. This ruthless streak comes at the expense of social inclusion and access considerations, but some institutions must be allowed to generate knowledge as an end in itself so that they reach the summit of intellectual endeavour. Top universities incentivise publication and citation of research in an unforgivingly rigorous way. If an Assistant Professor does not produce brilliant publications in the most reputed journals of her field, she may lose her job and not get tenured as an Associate Professor.

By insisting on tough standards which are never lowered or relaxed, these universities promote a meritocratic culture as a habit. Big universities also inculcate critical thinking, debating and writing abilities in their students. They encourage students to look at issues through interdisciplinary lenses and to challenge their own professors. They award grades to students who are argumentative and who question conventional wisdom in the classroom and in assignments.

This type of interactive pedagogy produces champion graduates who have a reputation for cutting-edge skills and knowledge in the job market compared to peers from second- or third-tier universities. The world’s best universities are known for involving their own alumni in governance and reforms. Top global universities are also super-smart financial managers. Since the top Anglo-American universities go back centuries, it is arguable whether such type of elite institutions can be quickly and easily replicated outside the U. .

Most importantly, our universities must have the drive to excel and compete with Chinese or Western universities. The government’s decision to identify 20 Institutes of Eminence which will get maximum autonomy from bureaucracy in order to climb up the world rankings is a step in the right direction. India has miles to go in higher education. Unlike in authoritarian and top-down China, there is little likelihood of a meteoric breakout of multiple Indian universities into the top 100 of the world at a rapid clip.

India’s democratic and contested character renders change evolutionary and cumulative. Still, with long-term vision and selfless leadership, our universities can eventually make it.