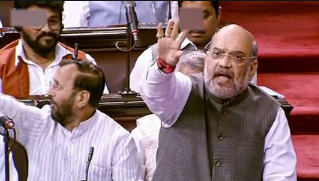 Dominion over territory: On UTs and Lieutenant Governors

The verdict by a Division Bench of the Madras High Court on the respective roles of the elected regime in Puducherry and the Administrator appointed by the President underscores both the inherent potential for conflict in the governance scheme for Union Territories and the manner in which it can be resolved. The Bench has set aside a single judge’s 2019 order that the Lieutenant-Governor should not interfere in the day-to-day administration of Puducherry. To this extent, it is a shot in the arm for L-G Kiran Bedi, but it also contains a note of caution against the Centre going beyond its constitutional limitations. The apex court had emphasised on the need for constitutional morality and constitutional trust among high dignitaries, implying that Lt.

In the event of an unresolved difference of opinion, the L-G should refer it to the President for a decision. The main ground on which the single judge’s verdict has been set aside is that it was based on an inappropriate parallel sought to be drawn between a ‘Union Territory’ and a ‘State’. If the matter goes on appeal to the Supreme Court, it may be worth examining whether the single judge relied solely on this parallel. Much of his verdict drew upon the spirit of the Supreme Court’s views on the conflict between the Chief Minister and L-G of Delhi.

Whether the precedent on the limits of the Delhi L-G’s powers would apply to the Puducherry Administrator was a question that was raised even then. In that sense, the single judge was not wrong in holding that the Administrator is bound by the “aid and advice” clause, and that the power to refer any matter to the President should not mean “every matter”. The main issue remains whether the notion of representative government should get greater credence even in a territory designated as belonging to the Union.