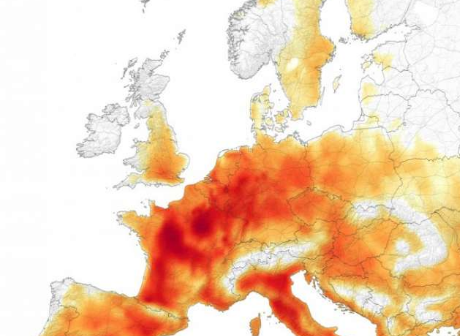 Stress from extreme heat and humidity will annually impact areas which are home to about 1.2 billion people worldwide by 2100, assuming current greenhouse gas emissions, according to a study. This is more than four times the number of people affected today, and more than 12 times the number who would have been affected without industrial era global warming, said researchers from Rutgers University-New Brunswick in the US. Rising global temperatures are increasing exposure to heat stress, which harms human health, agriculture, the economy and the environment, according to the research published in the journal Environmental Research Letters. Most climate studies on projected heat stress have focused on heat extremes but not considered the role of humidity, another key driver, the researchers said.

“When we look at the risks of a warmer planet, we need to pay particular attention to combined extremes of heat and humidity, which are especially dangerous to human health,” said senior author Robert E Kopp, from Rutgers University-New Brunswick. “Every bit of global warming makes hot, humid days more frequent and intense. The study looked at how combined extremes of heat and humidity increase on a warming Earth, using 40 climate simulations to get statistics on rare events. It focused on a measure of heat stress that accounts for temperature, humidity and other environmental factors, including wind speed, sun angle and solar and infrared radiation.

Annual exposure to extreme heat and humidity in excess of safety guidelines is projected to affect areas currently home to about 500 million people if the planet warms by 1.5 degrees Celsius, and nearly 800 million at 2 degrees Celsius, the researchers said. An estimated 1.2 billion people would be affected with 3 degrees Celsius of warming, as expected by the end of this century under current global policies, according to the study.