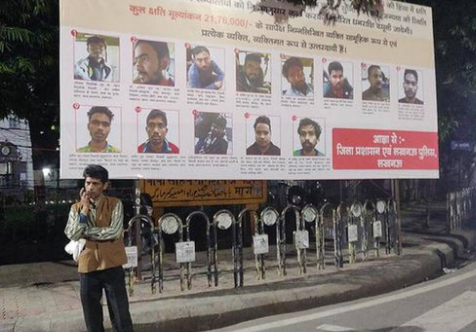 Even though the Supreme Court’s vacation judges were sceptical about the legal basis of the government’s action, they referred it to a larger Bench, observing that crucial questions of law were involved. It is difficult to see what arcane legal question has arisen, considering that the High Court’s order was on the grounds that the erection of the hoardings lacked statutory backing and that it was a gross violation of citizens’ privacy. The Lucknow administration had displayed the photographs, names and addresses of those who, it claimed, owed compensation for the alleged destruction of public property during the protests. It was quite apparent that the government was humiliating the protesters and exposing them to danger from the CAA’s supporters and the government.

Once the High Court Bench, headed by Chief Justice Govind Mathur and Justice Ramesh Sinha, took suo motu cognisance of the development, the government could not justify its action on any legal ground. All it could do was come up with weak objections to the court acting on its own motion, arguing that those featured in the banners had the capacity to seek legal redress themselves, and also questioning whether the principal seat in Allahabad could take cognisance of developments in Lucknow, which has its own Bench. Its approach was rooted in the revivified privacy rights jurisprudence established by a nine-Judge apex court Bench in K. Applying the tests laid down in that verdict, the top court ruled that there was no necessity for a democratic government to disclose anyone’s identity and particulars without a legitimate purpose. That the State government went on appeal shows that the judicial order hardly had any chastening effect on the regime that has been displaying unusual stridency in its crackdown on the anti-CAA protests.