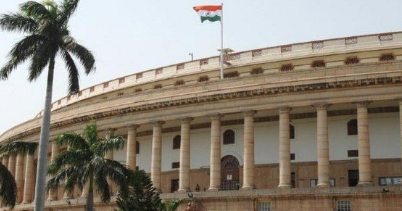 Shri Nishank said that after passing of the bill, these 3 universities will have more opportunities to spread the knowledge of Sanskrit language not only in India but also across the world in a better way. The Minister said that Sanskrit is a scientific language and a language of wisdom. He also said that the world is looking towards Sanskrit language therefore it is being taught not only in Indian colleges and universities but also in top universities of the world. He said that Sanskrit is a gift of India for entire humanity and it will enhance the pride of India at global level. The Minister also quoted thoughts of some great personalities like great scientist Sir C.V. Raman, former president of India Dr. A.P.J. Abdul Kalam and German-born philologist Max Muller on Sanskrit.

This is one of the landmark Bills passed by the Parliament which has fulfilled the aspirations and long standing wish of many sanskrit lovers, scholars and Sanskrit speaking people in the country. The Central University status awarded to these 3 Universities will enhance the status of these Universities and will give boost to Post Graduate, Doctoral and Post-doctoral education and Research in the field of Sanskrit and Shastraic education. This will pave way for many people from abroad to learn Sanskrit and Shastraic lore from these prestigious Central Sanskrit Universities in our country.