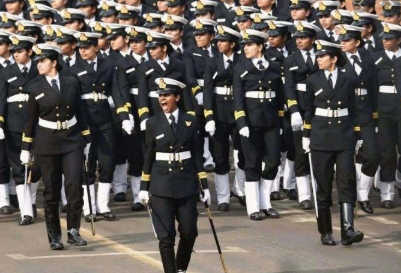 Denying permanent commission to women officers who have served the nation would result in a serious miscarriage of justice, it said. The Supreme Court on Tuesday upheld the right of serving Short Service Commission women officers of the Navy to be granted permanent commission on a par with their male counterparts. They range from physiology, motherhood and physical attributes to the male dominated hierarchies,” Justice Chandrachud observed in a 64-page judgment.

It held that such submissions were plainly contrary to the policy letter of February 25, 1999 issued by the Ministry of Defence to the Chief of the Naval Staff, emphatically stipulating that women officers of all branches/cadres could be directed to serve on board ships, both during training and subsequent employment in accordance with the exigencies of service. “In the face of this communication, it is impossible to countenance a submission that women cannot sail alongside men sailors,” the court held.