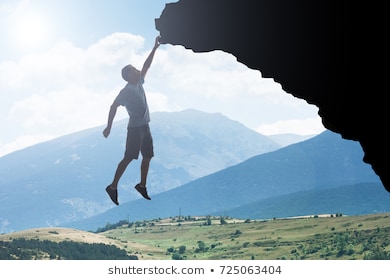 President will decide whether the planet goes over the climate cliff or pulls back from the brink. The gravity of this moment is not reflected sufficiently in most public conversations on who should be the Democratic Party nominee. Within the next decade, the world must reduce its annual greenhouse gas emissions by 55% to have a chance at curbing warming to within 1.5°C, or by 25% to have a chance at staying below 2°C, compared with average pre-industrial temperatures. The Paris Agreement commitments made in 2015, even if achieved, are inadequate to attain climate stability.

The last Democratic Presidency was during a time when the second commitment period of the Kyoto Agreement began and the Copenhagen Accord was forged. withdrew from the Paris Agreement and its voluntary commitment to reduce emissions. in sharply reducing its emissions, accepting responsibility and leadership, and persuading other countries to follow suit is indeed vital. The next President, even if he is Democratic, cannot go back to old habits on global climate change policy.

Far more is urgently needed for the planet even to have a chance at survival, and the U. is directly positioned to act as a planetary steward for climate action. Efforts merely intended to improve the efficiency of transport or some other common practice, without demanding personal consideration and public discussion of choices in consumption patterns, will lead to window-dressing rather than deep cuts in emissions.

Even the fulfillment of national pledges in the Paris Agreement relies on support from the U. The faint hope is that he and his team can be persuaded to take full moral accountability for lost time and inaction and engage in swift effort for a sustainable planet. The American and world public must speak loudly. Unless the next President can build on an ambitious platform, a planetary cataclysm is imminent.