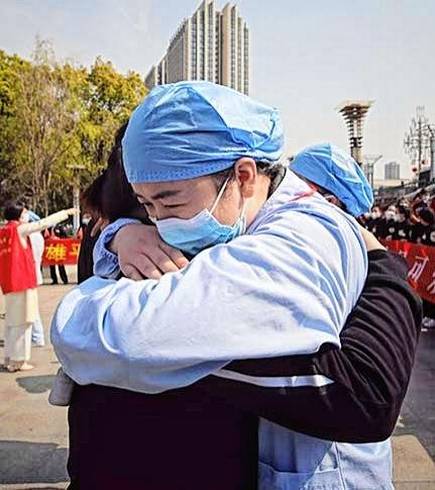 Its top-down approach may be difficult to replicate:

While some experts caution against accepting Beijing’s figures at face value, WHO chief Tedros Adhanom Ghebreyesus insisted China’s success “provides hope for the rest of the world”. “Two weeks after the closure of Wuhan, which is exactly the incubation period, the number started to drop. ” Extreme social distancing and home quarantines have been used to differing degrees by a rising number of European countries, with some U. .

‘Collapse’ under the strain:

Health experts from China’s Red Cross are currently helping overwhelmed hospitals in Italy, which has fast overtaken China as the worst hit country in terms of virus deaths. China’s ability to mobilise small armies of medical workers did not come with protection from contagion. More than 3,300 medical staff were infected across the country and 13 have died from COVID-19, according to Health Ministry figures published early March. Government efforts in China were backed by an arsenal of propaganda, with messages repeated incessantly in the media and large street banners calling on citizens to be hygienic and stay home.

Widespread mask use may have helped slow the spread of the disease, “particularly when there are so many asymptomatic virus carriers”, Mr. During the crisis, China produced up to 1.6 million N95 respirator masks per day, according to the official Xinhua news agency. “If it’s higher than 37.3 degrees Celsius , you are put in isolation,” said one guard at the entrance to a park in Beijing. Government announcements have made clear that the coding system will remain in use in some form even after the pandemic subsides.