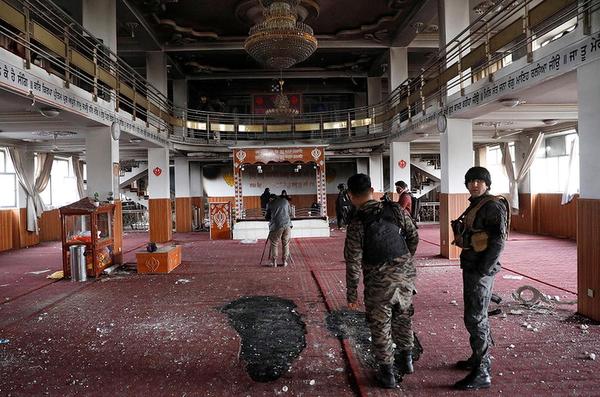 This is the first instance of the NIA registering a case for a terror attack committed outside India. The NIA Act was amended last year to empower the agency to investigate terror attacks committed outside India, “affecting Indian citizens or affecting the interest of India”. The NIA registered the case under various Sections of the Unlawful Activities Act, the Indian Penal Code and Section 6 of the NIA Act. About 150 persons were present in the gurdwara when the attack took place.

An Indian citizen, identified as Tian Singh, was also killed. “Proscribed terrorist organisation, the Islamic State in Khorasan Province claimed the responsibility for this terror attack,” the NIA said.

Going over to the dark side:

In the past, the family members in Kerala of most of the men from the group received messages about their death in drone strikes or other operations. There are indications that one of them, Sajid Kuthirummal, is involved in the attack,” said the official. Ten women from the Kerala group had surrendered to the Afghan authorities in November-December last year. A team of Indian security agencies interrogated the women at a Kabul prison in December last year.