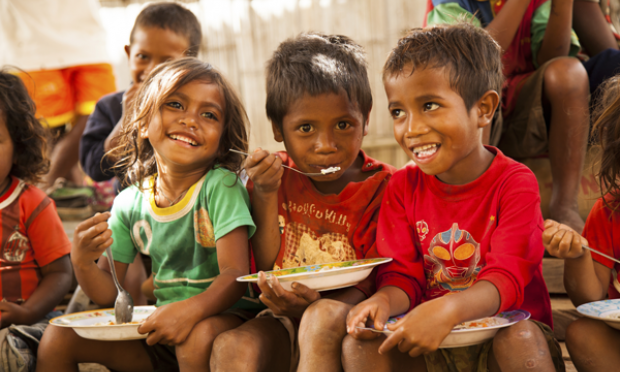 A study on child malnutrition in India by a team of researchers from Cambridge and Harvard University.

Malnutrition, according to the World Health Organisation (WHO), refers to deficiencies, excesses, or imbalances in a person’s intake of energy and/or nutrients.

Maternal, infant, and child nutrition play significant roles in the proper growth and development, including the future socio-economic status of the child.

More than 200 million children below five years of age are chronically malnourished in the world.
The Sustainable Development Goals 2 refers to ending hunger and achieving food security and improved nutrition.

Undernutrition puts children at greater risk of dying from common infections, increases the frequency and severity of such infections, and delays recovery.

The interaction between undernutrition and infection can create a potentially lethal cycle of worsening illness and deteriorating nutritional status. These affect children in several ways including stunting, childhood illness, and retarded growth.

Poor nutrition in the first 1,000 days of a child’s life can also lead to stunted growth, which is associated with impaired cognitive ability and reduced school and work performance.

Malnutrition makes them less productive in later life. It is estimated that malnutrition is a contributing factor in about one-third of all deaths of children under the age of 5.

Malnutrition causes a persistent problem in middle- and low-income countries by impeding the socio-economic development of the country.

Reports of National Health & Family Survey, United Nations International Children’s Emergency Fund, and WHO have highlighted that rates of malnutrition among adolescent girls, pregnant and lactating women and children are alarmingly high in India.

India’s National Family Health Survey (NFHS) shows that there has been a decline in child malnutrition numbers in the country, but various studies show that the rate of decline is very slow.
A UNICEF report states that malnutrition is behind 69 per cent deaths among children below 5 years in India.

The research team from Harvard and Cambridge University has assessed district-level trends in the prevalence of malnutrition and how wealth disparity plays a role in five important malnutrition indicators such as stunting, underweight, wasting, low birth weight, and anaemia.
The researchers have used the NFHS-4 data of 2015-16.

Wealth disparities in underweight children were seen across all districts with Gujarat, Jharkhand and Bihar having the worst disparities and Mizoram, Nagaland and Manipur having the least. This observation is important since it brings out the fact that even within well-performing districts, there can be gross non-egalitarian malnutrition outcomes.

Being underweight is highly correlated with child morbidity and is reflective of the current environmental and nutritional status of the child. Hence, ‘underweight’ is arguably a more relevant and straightforward indicator to monitor progress in child malnutrition.

Another major finding of the study is the fact that though the Government of India’s new initiative National Nutrition Mission (NNM) has led to a progressive decline in child malnutrition, the decline has been slow and the improvements have not been equally distributed across the population.


The findings of the study should inform future policies and interventions to target areas with the highest overall burden and the worst wealth disparity in child nutritional status.

It is important to make sure progress on child nutrition is made both effectively and equitably.