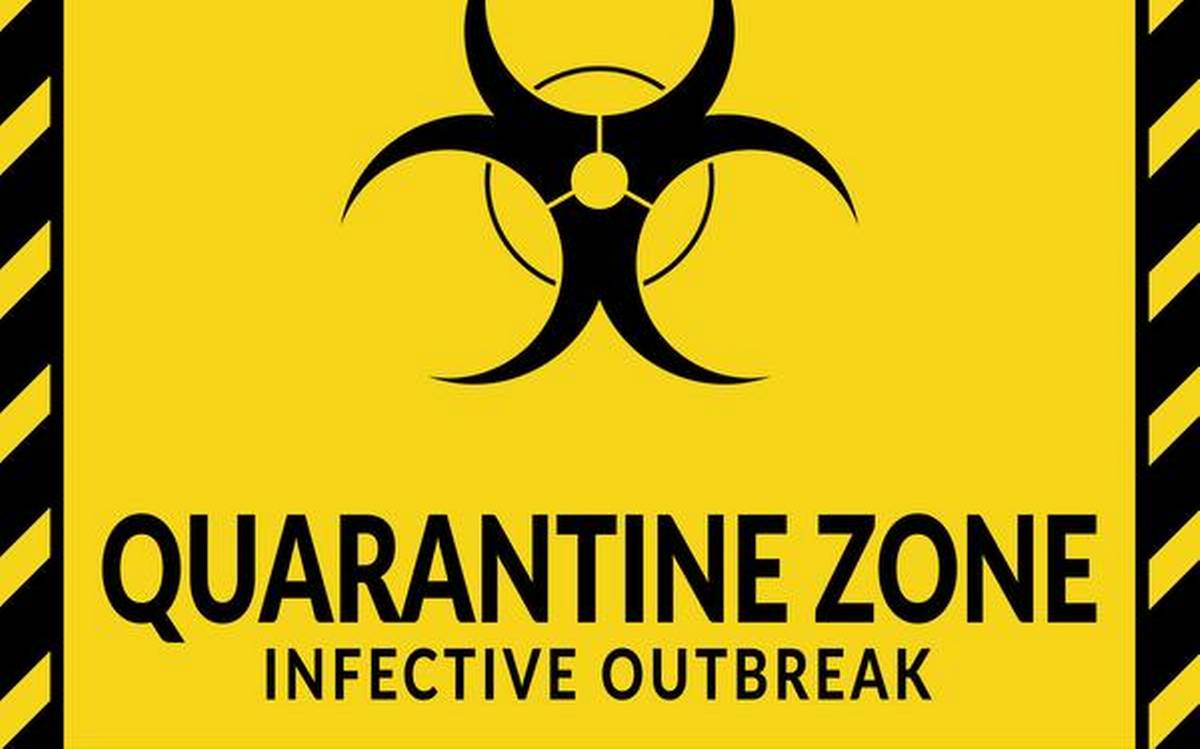 Supreme Court, in an en banc sitting led by Chief Justice John Marshall, affirmed the powers of the state to enact quarantine laws and impose health regulations. Quarantine is considered the oldest mechanism to reduce the rapid spread of bacterial infections and viral onslaughts. It shows that quarantine is a medically accepted mode to reduce community transmission.

When the duration of isolation was enhanced to 40 days, the name also changed to ‘quarantine’ by adopting the Latin quadraginta, which referred to a 40-day detention placed on ships. In common parlance, ‘quarantine’ and ‘isolation’ are used interchangeably, but they convey two different meanings and are two different mechanisms in public health practice. Quarantine is imposed to separate and restrict the movement of persons, who may have been exposed to infectious disease, but not yet known to be ill. The current COVID-19 crisis, with its closure of shops, academic institutions and postponement of public examinations, has put the people in a de facto quarantine.

Nonetheless, the question whether a public authority or state can promulgate an order for quarantine is a legal issue. When an employee of the World Wildlife Federation was diagnosed with Human Immunodeficiency Virus in 1990, he was terminated from service and detained for 64 days in quarantine-like isolation under Goa Public Health Act, 1957 . The Bombay High Court felt that solitary detention was a serious infringement of basic human rights guaranteed to the individual, but held that under unusual situations and exceptional exigencies, such isolated detentions are justifiable for the cause of public health. In fact, individual liberty and public health are not opposed to each other but are well in accord.

The reason assigned by the High Court to uphold the quarantine was that even if there was a conflict between the right of an individual and public interest, the former must yield to the latter. In 2014, Kaci Hickox, a nurse and health worker who voluntarily rendered service to Ebola patients and returned to New Jersey, was quarantined in the U. S. . It was opposed by her peers serving in public health. Quarantine is not an alien concept or strange action and it has been invoked several times during the bizarre situations caused by the cholera, smallpox, plague and other diseases in India.

The guidance permitted the restriction of activities by separation of persons who are not ill, but who may have been exposed to an infectious disease within the legal framework of the International Health Regulations . It also distinguished quarantine from isolation, which is the separation of ill or infected persons from others, so as to prevent this spread of infection or contamination. Previously, it was in 1900, in response to an outbreak of bubonic plague, that an order of quarantine imposed on a Chinese citizen was struck down by the Federal Court in the U. The Supreme Court suo motu took cognisance of fears over the COVID-19 pandemic affecting overcrowded prisons in India, on March 16. The difficulties in observing social distancing among prison inmates, where the occupancy rate is at 117.6%, were highlighted and directions issued to prevent the spread of COVID-19 in prisons in India.

Further, notices were issued to all States to deal with the present health crisis in prisons and juvenile observation homes. Quarantine rooms may have strong closed doors or may be water and air tight compartments, but the rays of justice from the courtrooms have the powers to intrude in them. Of course, under the sun every object is subject to judicial review and quarantine orders are not exempted from it.