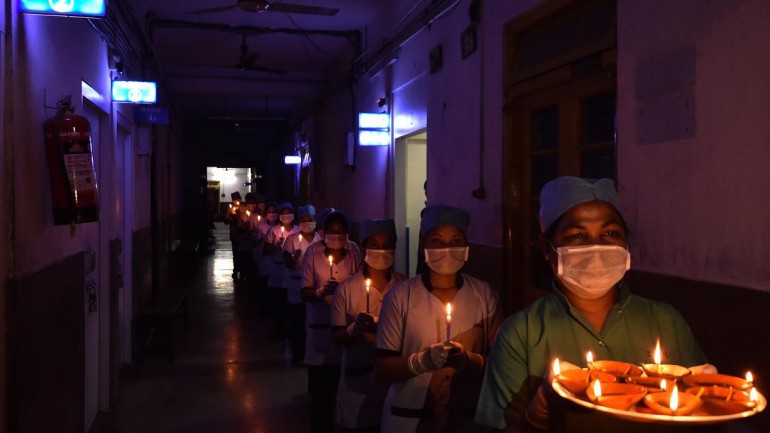 Adequate arrangements and protocols in place to handle variation in demand, the Power Ministry says.

No harm is likely to India’s power grid on account of the mass-switching off of electric lights on Sunday, the Power Ministry has said in a statement. “Some apprehensions have been expressed that this may cause instability in the grid and fluctuation in voltage which may harm the electrical appliances... they are misplaced,” said a press statement by the Ministry. It said the electricity grid is “robust and stable” and adequate arrangements and protocols were in place to handle the variation in demand. The Power System Operation Corporation Ltd, a public sector company in charge of managing the grid load, said it expects a 12-13 GW dip and subsequent surge in 17 minutes.

With the lockdown in force, power suppliers across India are already grappling with a 20% dip in demand. An instability in the grid would wobble the frequency range at which electricity flows and threaten outages. In an advisory, the Posoco described the anticipated fluctuation in demand as ‘unprecedented’ and would need hydro and gas resources to help the grid retain its stability.

Union Power Secretary Sanjiv Nandan Sahai also wrote to heads of State power departments, saying “the National Load Despatch Centre has worked out the procedures for grid balancing during the period which they will be communicating to the regional and state load despatch centres separately”. A Power Ministry spokesperson on April 3 said there would be no such impact on grid stability as everything has been taken care of. Meanwhile, the State Load Dispatch Centre of Uttar Pradesh has written to State utilities to take a series of steps to deal with the possibility of a sudden drop in power demand. The SLDC in its letter asked the utilities to keep all the reactors of State grid in service while keeping capacitor banks inoperational.