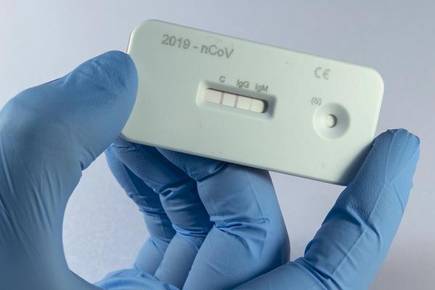 Explaining about who to test and the scale of testing the Health Ministry has said that testing has to be focused and judiciously done, even when scaled-up. “RT-PCR test detects the virus and the antibody tests, which use blood, detect the body’s response to the virus. A positive results tells that the body was exposed to the virus. The antibody tests, even when used for screening, must be used with care, as with all tests, and interpreted by a professional.

When combined with nucleic acid tests, the antibody tests can give a complete status. Meanwhile a study titled, “Pooling RT-PCR or NGS samples has the potential to cost-effectively generate estimates of COVID-19 prevalence in resource limited environments” has noted that pooled COVID-19 tests could help scale up testing and identify and contain disease hotspots. Here, we found that the use of a pooled testing strategy could reduce the time, cost, and resources required whilst identifying infected people in a population and estimating the infection rate. This would allow us to identify community clusters for targeted public health interventions,” said Ramanan Laxminarayan, study author and CDDEP Director and Senior Fellow, in a release issued by the group.

“This means that rather than testing all 256 individuals in the population, which would be highly costly, with an average of 7.3 tests a 5% prevalence of COVID-19 can be detected using this method,” said Krishna Narayanan, professor at Texas A&M University.