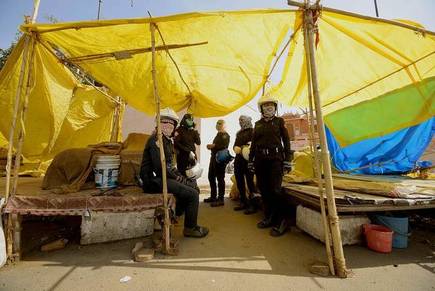 Our life after the pandemic will be defined by at least 10 questions on the prevailing organising principles of humankind.

That an ageing population is an economic burden on society has long become our common sense. Data will be harvested to debate the relative net utility of different responses to the virus. Was Kerala rational in saving the lives of a nonagenarian couple? What is the balance between economic and social goals? Second, what is national power? “We need to have more ‘germ games’ like we have war games,” Bill Gates said some years ago. is the pre-eminent military and economic superpower.

The diminishing potency of military hardware has been constantly demonstrated since 09/11, but that has not reduced the global appetite for weaponry. Strategies for expanding national power involve extracting and transferring public wealth to global corporations while the accompanying politics deludes the masses into a faux sense of power. The paradox of power is global. India is in a particularly pitiful situation.

Hindutva nationalism’s celebration of militarism has correspondingly reduced the attention on social infrastructure. Its middle class speaks about India’s dubious military prowess but an unwanted encounter with the country’s healthcare infrastructure may have disrupted their fantasy. All countries have tried to enforce border controls to stop the virus, which ironically also demonstrated their futility. Global cooperation and multinational governance can be jettisoned only at the world’s peril as we know now.

A more serious threat to humanity, climate change, has always appeared distant, but this one is urgent. Hence, the question is not whether we have more or less globalisation but about its character. The 9/11 security horror, followed by the 2008 economic crisis, had ushered in the steady comeback of the state. This pandemic could ascribe divine powers to the state.

India, which has deployed a hybrid of democratic and authoritarian measures, remains an open test case. Sixth, what will happen to the neoliberal wisdom that unbridled competition of all against all improves efficiency and brings progress? “This is not the way to do it. Chinese President Xi Jinping, in his speech at the 19th Communist Party Congress in 2017, and Prime Minister Narendra Modi, in his speech to capitalist moguls in Davos in 2018, outlined alternatives to liberal orthodoxies. Collectivisation has a new life.

Populists have shown remarkable resilience in the face of crises, not necessarily by resolving them, but usually by blaming other countries, communities and political opponents. Eighth, the inhuman exploitation of labour under globalisation, labelled ‘efficiency’ and ‘competitiveness’, has been concealed by the glitz of globalisation and consumerist seduction.

At the end of 2019, when the virus was just about launching its global tour, some were travelling for no better reason than keeping their frequent flier status. ’s Committee on Climate Change had called for “a ban on air miles and frequent flier loyalty schemes that incentivize excessive flying.

The tenth is how our idea of community and boundaries has changed. The COVID-19 crisis has let loose contradictory forces. On the one hand everyone is confined within the tiniest spaces, but on the other, the crisis has also urged us to community action.