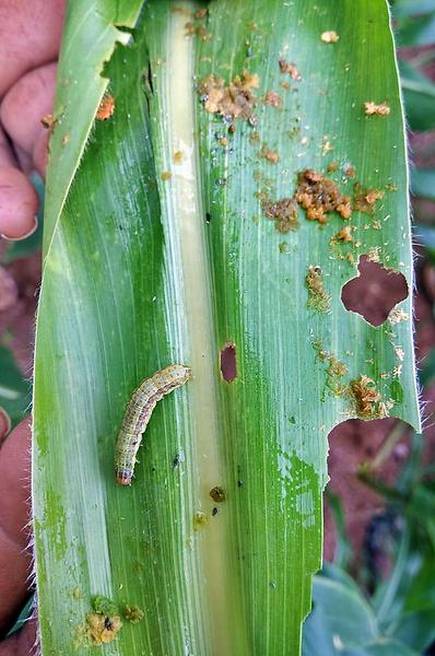 Entomologists say the caterpillar feeds on more than 80 species of plants:

A pest attack, albeit confined to a district, has added to the COVID-19-related woes of Assam’s farmers. Officials of the Directorate of Agriculture said farmers in northeastern Dhemaji district reported armyworm attack on the standing crops. They did not rule out the possibility of the pest attacking other crops as many farmers have been unable to harvest due to the lockdown despite the Centre’s notification to ease restrictions on the farm sector. The pre-monsoon rains have eluded Assam so far.

“The temperature is quite high now, and the armyworm can cause more damage if there is no rain,” Mr. .

This has led to landed farmers getting few or no farmhands at all. So the Anti-Virus Committee we formed has decided to rather use the excess paddy and vegetables among ourselves rather than sell and risk being infected, which can cost us more than we could have earned by selling our produce,” said Padmeswar Deka of Kumarbori village in central Assam’s Morigaon district that recorded three of the first six COVID-19 positive cases reported in the State. April-May is the time when paddy farmers in Assam clear weeds and manure the fields for transplanting the seedlings of the winter crop from the nursery.