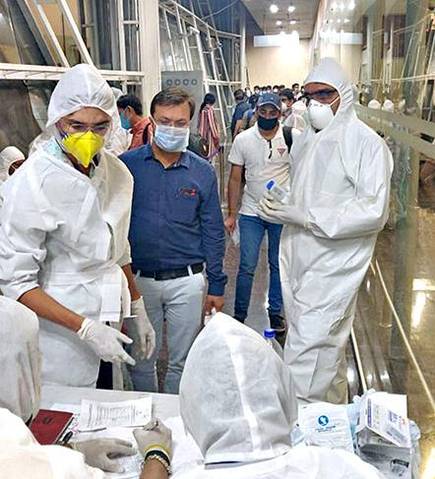 The incident happened in Indore:

“We have arrested six of the accused and the law has been invoked against four,” said Vivek Sharma, Inspector General of Police, Indore Zone. The constable had told the accused, who were in a vehicle, that they cannot pass through Chandan Nagar in view of the lockdown on Tuesday, but they got out and started throwing stones at him, said Mr. Last week, the city’s police had invoked the Act against four persons for instigating residents of a locality to pelt two doctors who were tracing contacts of a patient suffering from COVID-19 with stones.