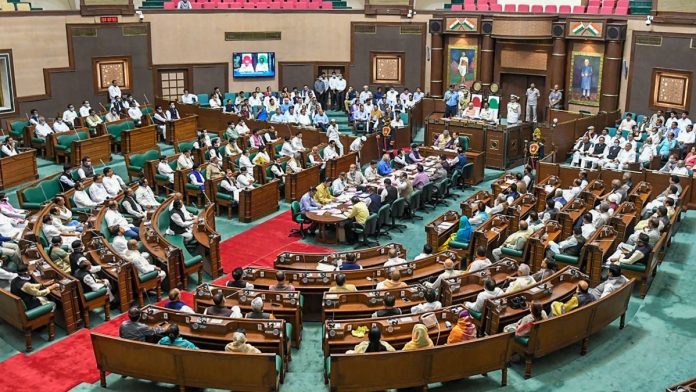 Judgment is based on M. A Governor can call for a floor test any time he objectively feels a government in power has lost the confidence of the House and is on shaky ground, the Supreme Court held on Monday. In a 68-page judgment, a Bench of Justices D. “The idea underlying the trust vote is to uphold the political accountability of the elected government to the State legislature... In directing a trust vote, the Governor does not favour a particular political party. This is how the system of parliamentary governance operates,” Justice Chandrachud observed. It was the MLAs, and not the Governor, who made the ultimate call whether a government should stay in power or not, the court reasoned.

With this, the apex court has made it clear that a Governor’s power to call for a floor test is not restricted only before the inception of a State government immediately after elections, but would continue throughout its five-year term.

This power is granted to the Governors to ensure that the principle of collective responsibility is maintained at all times and must be exercised with caution,” Justice Chandrachud observed, while referring to the nine-judge Bench judgment in the S. .

Nath should take a floor test on March 16 in the opening session of the Budget. The Congress had also accused the Governor of “short-circuiting” the Speaker's power to decide on the resignation of 16 of the 22 rebel MLAs “spirited away” by the BJP to Bengaluru and their disqualification for defection, if necessary. The court found that the Madhya Pradesh Governor did not act beyond his constitutional authority by calling for a floor test on March 16.